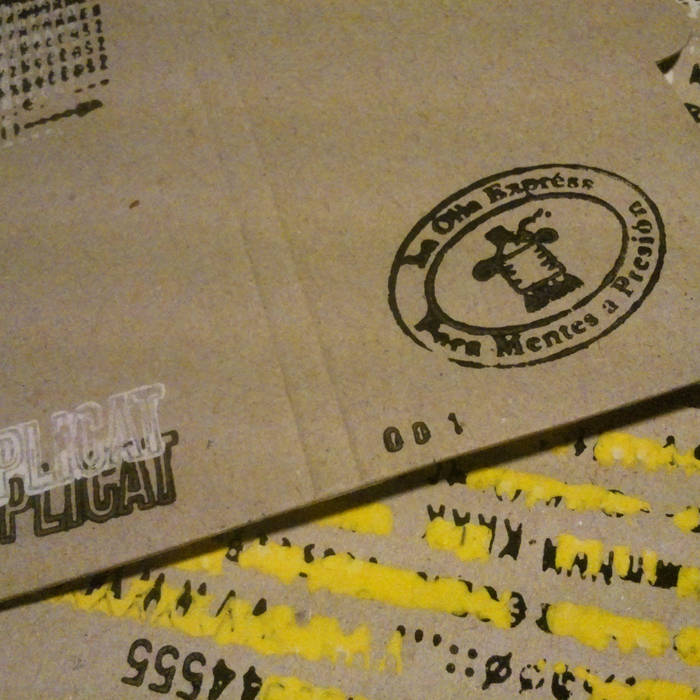 Pelayo F. Arrizabalaga (Laredo -Spain-, 1949) studies Fine Arts in Madrid in his youth with several exhibitions and prizes. In the late seventies he starts playing sax and clarinet in various Madrid’s Free Jazz formations, such as Orgon (first prize of the Jury at the San Sebastian Jazz Festival, 1981) or José Antonio Galicia Flamenco Jazz.
In 1984 he founds with Markus Breuss, the group Clónicos, one of the most important Spaniard experimental rock groups of the 80’s, with whom he records 4 CDs, tours through Spain and Europe (Moers New Jazz Festival, 1991), and receives a prize in Electronic Music (Roland-Rock de Lux).
In 1993, he records “Galvana” with Victor Nubla and Jep Nuix. He has collaborated with musicians such as Malcolm Goldstein, Llorenç Barber, J.A.Galicia, Markus Breuss, Sergi Jordà and many other Spaniard artists. Since 1993, he lives in Switzerland, where he studies and is guest composer at the electronic music Studio of the Bassel Conservatoire, directed by Thomas Kessler, and frequently performs within the improvised music scene (Wim Zug, Luigi Archetti, Hans Hassler, etc). In 1999, the Swiss National Radio has commissioned him the piece “Bolero para el fin del Milenio” sang by the countertenor Luiz Alves da Silva, for a compilation CD of New European Music.
Also in 1999 is formed The FMOL Trio: Pelayo F. Arrizabalaga (alto sax, bass clarinet and scratch turntables), Cristina Casanova (FMOL) and Sergi Jordà (FMOL and QWERTYCaster guitar). An electronic free improvisation group, which takes its name from the FMOL virtual digital instrument, developed in 1997 by one of its members. Combining the unique sounds (and visualisations) of the FMOL, with Arrizabalaga’s power blowing, the trio creates an astonishing free music of difficult classification, with possible links to Eric Dolphy or Alber Ayler, Xenakis electronic works, illbient, japanese noisemakers, New York’s No Wave or Miles’ Agartha period.
He’s collaborating with Eli Gras since 2008, both with “Arte Aspirado performance and working fields of the experimental improvisation.

A multidisciplinary artist, Eli has worked in several creative fields.
She has published the books “Cuentos de la Olla Expréss”, “Queridos Objetos y Otras Poeprosas “ and “Sin Espejos”.
She has released the CDs “Duplicat" with Pelayo Arrizabalaga, "Baranda” (solo), “El Avión” and “POLO” (Motor Combo published) published by La Olla Expréss, she has participated several colaborations as “Deep Gray Organics” by Alain Wergifosse (Geometrik Records), as well as tracks in labels as Ego Twister Records, Monster K7, Dude tapes and Espais Netlabel (Obmuz), Nereida Prod (Motor Combo) amongst other compilations (festivals, etc). Also appears as guest artists the documentary "Visionary sounds" of Pablo López Jordán.
Musically, she has travelled a long and varied path, since the early 80’s from experimental music to pop rock, via greek music, electropop, minimalism, improvisation, choral, funk and electronic music. She has been a member of the groups Etnia, OBMUZ and Laptopless Orquestra, amongst others numerous collaborations.
In addition to being a member of Motor Combo (with Florenci Salesas, electro-pop-dadá), Eli works with several Improvisation duets, mainly with Pelayo Arrizabalaga, David Fenech, Barb Wagner, Juan Matos Capote or The Shower Sisters (with Adele Madau, music with bathroom objects) or Ome Acustics. She is also working on a solo project and with her sound and visual installation "Saló Sonor" (performed with the artist Truna)
Aside from musical projects and sonic experimentation, she has also been involved in some other creative areas, like script writer for animation films, as special effects assistant for publicity, designer, photographer, video maker amongst others.
She’s founder and director of the No No Logic Festival (2007...) and the publishing label La Olla Expréss (2002...), that encompasses musical, visual and literary creations that span divergent styles and eras. Currently she works as project manager and product developer in the area of special editions, designer, producer, creative and doing workshops amongst other activities.